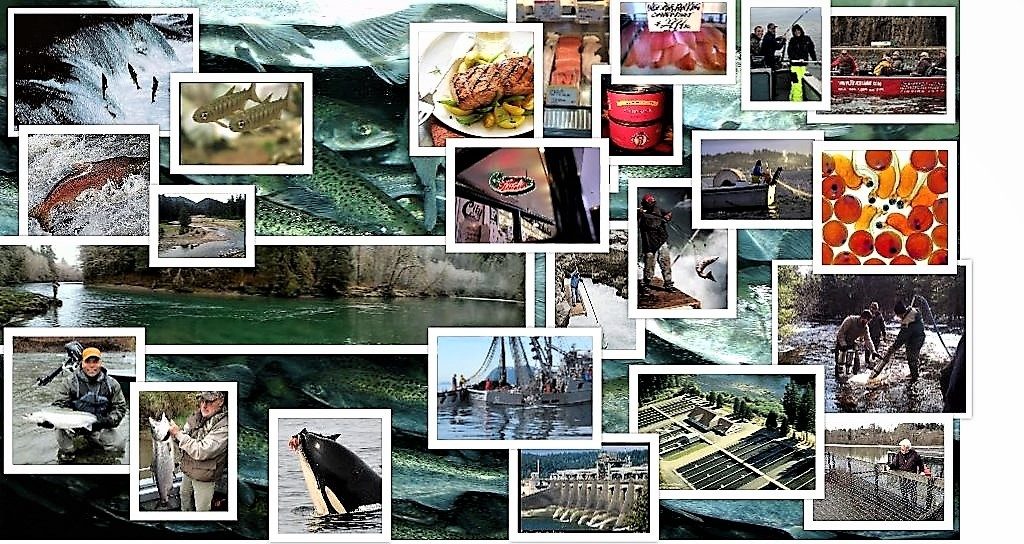 Founder and President of the board of NWFE-

Larry has viewed the Fisheries enhancement in the Northwest as a fisherman with a lifelong passion and businessman for years; He has seen need and opportunity for an entity to develop and is growing NWFE to fill those needs. He began NWFE as a Non Profit Corporation and has developed the directions along with Board Members. He brings his unique backgrounds and experience’s to meet the growing dynamics of NWFE and its partners.

Larry’s background first came in Emergency Medical Services (EMS) as a Paramedic, Paramedic Supervisor and Administrator for over 20 years,

He was Governor Appointed to state Councils; he served on local, regional and state EMS councils, committees and as Board of Directors,

Larry organized Industry Education and Training Seminars; he is an expert in Disaster Management and training.

He served as a Paramedic and Paramedic Supervisor for 15 years- saving many lives in crisis and emergent situations.

He organized and promoted racing Industry seminars and workshops throughout western US.

He has thousands of hours of continued education training, industry seminars and business training.

past Vice President of Friends of the Cowlitz,

He has developed many fisherman (recreational, tribal, and commercial), fisheries managers’, associations, resources, contacts and friends.

Larry has developed and strengthened his knowledge of fisheries enhancement issues throughout the Northwest. 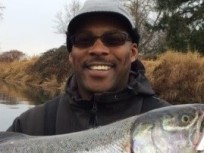 He is a businessman owning a successful Survey company with 30+ years experience as a licensed professional land surveyor, he has surveyed many large and smaller projects throughout the Northwest including waterway, wetlands, fisheries and hatchery projects such as Cushman Dam #2  Fish sorting facility and power house and others.

Drift boat guided trips on the rivers and streams of the Northwest, river guiding a jet boat throughout the NW or as charter boat captain, Wade, his customers and industry partners are concerned with the diminishing Salmon and Steelhead returns throughout the Northwest. Wade is sponsored by and partnered with many leading fishing industry manufactures, he is a member of industry associations.

He brings his advisory to NWFE not only through his experience as an expert fisherman, businessman and the concerns of his many customers he provides fishing experiences to and his many fellow Guides, Charter Boat, Commercial, Tribal fisherman, industry friends and resources. 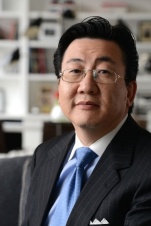 Paul began his 25-year investment and merger advisory career at Goldman Sachs in New York.  He also served as CEO of Alta Capital Group, focusing on cross-border merchant banking with offices in New York, Seoul, Tokyo, Hong Kong, London and San Francisco.  He began his career as a brand manager at Procter & Gamble in Cincinnati.

Currently he focuses on investments for his family with broad portfolio construction mandates and specific private equity efforts in the Americas and Asia.  He has also served for over 15 years on investment committees ranging from $50 million to $50 billion.  Paul has served on the Board of Trustees of the Curtis Institute of Music in Philadelphia since 1997, overseeing their $200 million endowment.

He received his AB in mathematics from Harvard and his MBA from Stanford Universities.

Paul has fished in the Northwest for Steelhead and toured large hatcheries,

Paul brings his extensive experience, resources and perspective to NWFE, 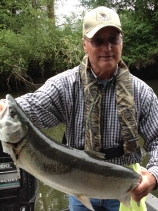 Al is our regular guy on the Board of Directors- a retired machinist career, he is active in clubs, shooting, hunting and fishing, Al is not an insider on fisheries, he pays a bit of attention now, he has fished in an array of places, with a guide or friends. Al wants successful fishing ventures and outdoor experiences for himself and friends.

He has been fortunate to travel and fish in many locations including as far north as Canada and south to Panama.  Enjoying many types of fishing, however his most enjoyable is pursuing salmon and steelhead in the Northwest.  Al’s interests and desire is to continue this pursuit and to do his part in sustaining this sport for future generations.  Considering this it is apparent to him that salmon and steelhead returns to our streams and rivers are in dire need of help. Fish returns to many of the streams and rivers in the Northwest are at historic lows, consequently Fish and Game Departments are limiting retention or closing seasons to anglers as return surveys do not support a viable and sustainable sport fishery harvest.  He believes this needs to change.  Hatchery smolt production and adult returns must increase exponentially to recover our fishing opportunities and community involvement at the local level must increase in order to reverse this declining trend. Wild Fish programs must continue and work to rebuild harvest-able returns.

He sees that many dedicated people and organizations are working hard to accomplish this and many years of effort and millions of dollars have been invested to build and sustain our fish populations but the results just aren’t there.  A cultural change is needed and Northwest Fisheries Enhancement will accomplish this through establishing better rearing practices at our hatcheries, establishing Community Fishing Organizations and greater partnership with our Dam managers.

His is not a insider’s view or a biologists view- but a regular guy-  he attends outdoors shows, knows what he reads, hear what his friends and associates report in his clubs, meetings and communities,

His perspective and advisory is appreciated as one who represents the regular guy or gal outdoorsman.

Oregon Hunters Association — currently serving on the board of the Ochoco Chapter. 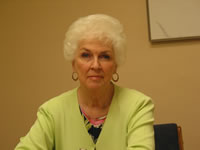 Laura was a driving force in Rural economic issues in Eastern Oregon, as a Judge, chairing county commissioner and judicial for Gilliam county (Governor appointed and re-elected) she led for 19 years. A rural and scarcely populated county of eastern Oregon, Laura worked at the local, county, state and federal levels to improve the economics and needs of a rural region.

Laura led the charge to create the Eastern Oregon Rural Alliance, working with local, state and federal representatives and agencies to develop a nonprofit organization that aims to unite local governments, educators, ranchers, farmers and business owners, impacting state laws that help rural communities and influencing federal policies as well. , EORA represents 14 counties east of the Cascades….and has led the way in creating an office of rural policy housed in the Governor’s Office. Judge Pryor drafted the Oregon legislation and lobbied passage creating the Frontier Learning Network for Oregon’s most rural schools, A founding member of Lower John Day partnership, Northern Oregon Regional Correctional Facilities (NORCOR). She served as president of the Association of Oregon Counties, chair of the Association of Oregon Counties Transportation committee, a member of the Oregon Office on Rural Policy Board and co-chair of the Public Commission on the Oregon Legislature. She served and retired as Judge of Gilliam County, chair of Gilliam County Court and County CEO for administration and operations. She received the Oregon Department of Agriculture Distinguished Service Award and the Governor’s Gold Award.

A major initiative undertaken by Judge Pryor and others is the Gilliam County Wheat Quality Initiative for the county’s wheat growers. Judge Pryor utilized collaboration involving entities such as Oregon State University Extension, the Oregon Department of Agriculture, and private investment. The building of a Grains Quality Laboratory, the construction of a blending plant and the establishment of a new port at Willow Creek.

Her work and the work of others are helping to keep agriculture alive in Eastern Oregon.

Prior to her service to Gilliam County she served Oregon’s Department of Economic Development.

She also served as a Port Authority commissioner on the Columbia River for Gilliam Co and Port of Arlington in regards navigation, shipping, tribal and the many issues involved at local, state(s) and federal levels.

A Wheat Farmer also and married to a third generation farmer/ rancher (Larry’s 2nd cousin) who was also a leader in the wheat industry and served for President Regan as advisory and a National wheat association head .

Laura is retired now and is assisting her husband through health issues.

She received tribute by Oregon’s House of Representatives “While it is very difficult to choose Judge Pryor’s most memorable accomplishments, many would say it has been her successful effort to unite rural Oregon as one voice. Laura’s leadership among her elected peers led to the establishment of the Eastern Oregon Rural Alliance, which joins government officials with residents from all across the vast territory of eastern Oregon in advocacy for rural issues”.

Laura brings her astute advisory, concerns and background on Rural Economic and Governance issues to NWFE.   Many to most fisheries are in rural rivers and streams where NWFE can have a substantial and needed economic impact to rural Northwest regions.

Board of Directors Strategic Consulting Services and Advisor – 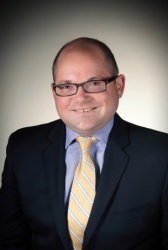 Ryan has previously worked as Director of Communications and Marketing for Pacific Northwest University of Health Sciences (PNWU) in Yakima, Washington. At PNWU, Ryan was responsible for a wide range of communications duties including presenting the University’s message to community and stakeholder groups, interacting with the press and media, and oversight of the University’s marketing department.

Ryan has also served as a senior staff member to former U.S. Congressman Doc Hastings in Washington’s 4th District. Ryan worked on a wide range of issues directly affecting the residents of the Central Washington community and worked to advocate to the government on their behalf.

Prior to serving with the federal government, Ryan worked in the association management field as Assistant Director for three of the largest commercial real estate development associations in the Pacific Northwest. Ryan has also worked in the marketing field, helping to develop marketing and communications strategies for the real estate industry.

He has also served as staff to a member of the Washington State Legislature, developing electoral and constituent outreach strategy.

Ryan attended Central Washington University where he graduated with a degree in Political Science.

NWFE turns to Ryan for his unique perspectives and guidance, He helped Larry developed the fundamentals, bylaws and initial organization and directions, He guides and advises the Boards of NWFE on Non Profit, Public Affairs, fisheries and many other issues. He has worked with some of NWFE’s Community Fishing Organizations various issues and advocacy. He has been with NWFE from initial formation and guidance to their now growing needs and opportunities.

Thank You for Supporting NWFE!